Measure of a Man - Review 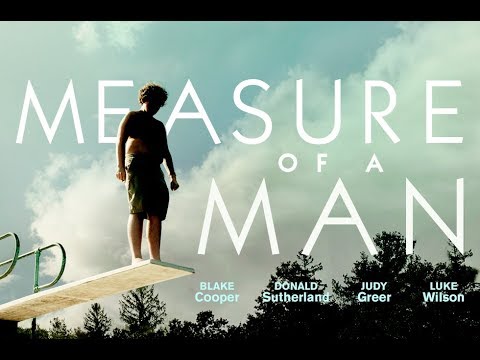 Read Mind on Movies review of Measure of a Man. During the summer of 1976, fourteen-year-old Bobby Marks (Blake Cooper), insecure and overweight, must endure another tortuous family vacation at Rumson Lake. His summer job, tending to the palatial estate of the reclusive, enigmatic and overly demanding Dr. Kahn (Donald Sutherland) is backbreaking. His parents (Judy Greer & Luke Wilson) appear on the verge of divorce; his sister Michelle (Liana Liberato) is forcing him to help conceal her clandestine rendezvous with the local pretty boy; and his best friend and kindred spirit Joanie (Danielle Rose Russell) is leaving for a month and won’t tell him why. On top of that, a crazy townie has focused his hatred of the rich “summer people” exclusively on Bobby. Over the course of this emotional rollercoaster of a summer, secrets are revealed, lessons are learned and Bobby comes to understand who he is and what makes up the true measure of a man. 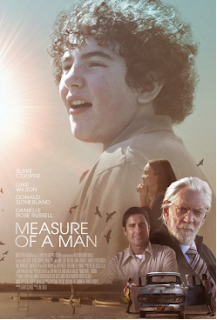