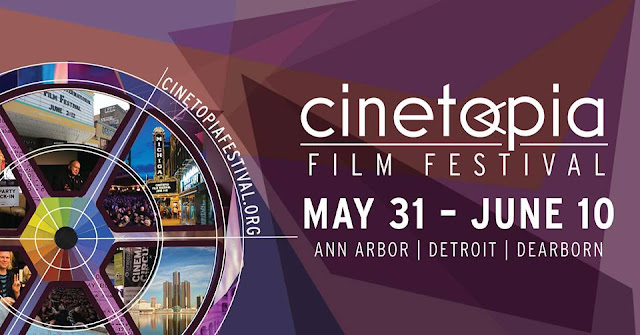 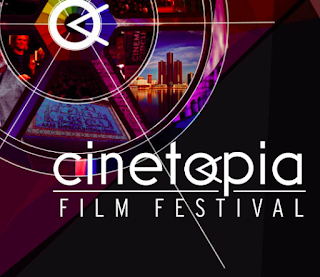 Cinetopia Film Festival features the best feature-length dramas, comedies, and documentaries from the world’s best film festivals. See below on the Top 6 films that I am looking forward to viewing. Click Here for Festival Tickets. Eighth Grade

Eighth-grader Kayla Day always has her phone in hand, hoping to find connections online that might make up for those she’s unable to forge in everyday life. She makes YouTube videos aimed at other adolescents dealing with similar issues—feelings of isolation, anxiety, and invisibility—but after so easily summoning this wisdom and confidence when addressing her (barely existent) audience, Kayla finds it paralyzingly difficult to apply in real situations. In the final week of a thus-far-disastrous school year—and with high school looming on the horizon—Kayla struggles to bridge the gap between how she perceives herself and who she believes she should be. Hearts Beat Loud

Single dad Frank (NICK OFFERMAN) prepares to send hardworking daughter Sam (KIERSEY CLEMONS) off to UCLA pre-med. He also reluctantly has to accept that his own record-store business is failing. Hoping to stay connected with his daughter through their shared love of music, he urges her to turn their weekly “jam sesh” into an actual band. Channeling Sam’s resistance into a band name, they unexpectedly find We’re Not a Band’s first song turning into a minor Spotify hit, and they use their songwriting efforts to work through their feelings about the life changes each of them faces. American Animals

Lexington, Kentucky, 2004: Spencer and Warren dream of remarkable lives beyond their middle-class suburban existence. They head off to colleges in the same town, haunted by the fear they may never be special in any way. Spencer is given a tour of his school’s incredibly valuable rare book collection and describes it all to Warren. Suddenly, it hits them—they could pull off one of the most audacious art thefts in recent history. Buoyed by an exceptional cast, BAFTA Award–winning documentary director BART LAYTON makes a brilliant leap into the world of fiction, cleverly utilizing elements of nonfiction to propel the narrative. A true story, American Animals is both a thrilling heist film and an existential journey of four misguided young men searching in all the wrong places for identity, meaning, adventure, and the kind of life that movies are made about. Ray Meets Helen

Ray (KEITH CARRADINE) and Helen (SONDRA LOCKE), who–in bizarre, unrelated turns of events–each happen upon large sums of money which give them the chance to re-invent themselves. As they fake their way to the high life, their paths cross, each falling for the other’s “new-and-improved” persona. But as their true selves shine through the act, Ray and Helen find themselves falling in love with the very qualities they are trying to hide in themselves. Blindspotting

Collin (Tony Award-winner DAVEED DIGGS (Hamilton)) is trying to make it through his final days of probation for an infamous arrest he can’t wait to put behind him. Always by his side is his fast-talking childhood bestie, Miles (RAFAEL CASAL, who co-wrote the script with Diggs), who has a knack for finding trouble. They grew up together in the notoriously rough Oakland, a.k.a. “The Town,” which has become the new trendy place to live in the rapidly gentrifying Bay Area. But when Collin’s chance for a fresh start is interrupted by a life-changing missed curfew, his friendship with Miles is forced out of its comfortable buddy-comedy existence, and the Bay boys are set on a spiraling collision course with each other. Woman Walks Ahead

The true story of Catherine Weldon, an artist who, in 1889, traveled from New York City to the Dakota Territory to meet Hunkpapa Lakota legend Sitting Bull. There she becomes an advocate for Native American rights and Sitting Bull's confidante. Her place among the Lakota people confirmed, she clashes with the American frontier's lawless racism. Starring JESSICA CHASTAIN, MICHAEL GREYEYES, and SAM ROCKWELL, Woman Walks Ahead is a moving and romantic reclamation of the West, through the eyes of a determined woman demanding respect and a historic leader struggling with white encroachment. Are there any films you're interested in? Comment them below!