#GetOutOneYearLater showing at 55 AMC Theatres Nationwide to Guests of the 7:00 P.M. Screenings on Monday, February 19 for Free. 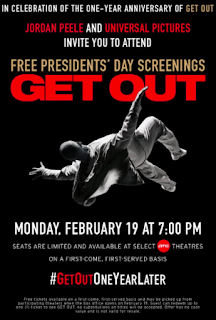