Mind on Movies is very excited to announce that we are working with HBO Home Entertainment to giveaway Vice Principals: Season 2 on Digital Download! 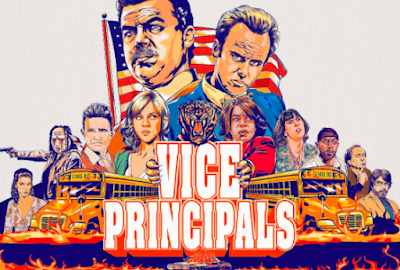 Starring the hilariously talented Danny McBride and Walton Goggins, own the darkest comedy on TV when Vice Principals: Season 2 is available for digital download on December 11th.

Created by McBride and Jody Hill (co-creators of HBO’s Eastbound & Down), this “comedic achievement” (Vulture) tells the story of a southern suburban high school and the two people who conspire to run it, the vice principals. McBride and Goggins star as Neal Gamby and Lee Russell, a pair of ambitious administrators waged in an epic power struggle to become school principal. As the tumultuous school year at North Jackson High continues and new semesters bring big changes, Gamby and Russell learn that the only thing harder than gaining power is holding on to it.