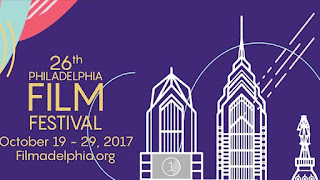 October 19th kicks off the 26th annual Philadelphia Film Festival (PFF), and Mind on Movies will be there to bring you all the action. In the span of 10 days, the festival will showcase movies and documentaries from all over the world. Our team is going to check out the centerpieces as well as explore the smaller works being screened.
Here are 5 films we’re very excited to see at PFF this year.

"Set at a dilapidated motel in the shadows of “the happiest place on Earth,” The Florida Project is director Sean Baker’s (Tangerine) stunning look at the innocence of childhood juxtaposed against the harsh realities of life."
The Florida Project opens in theaters on October 27.


"In perhaps the year’s most delightful film, auteur Agnès Varda goes on a road trip with très chic artist JR through the French countryside, affectionately photographing its inhabitants."
Faces, Places opens in limited theaters on October 6.


"Acclaimed actress and writer Greta Gerwig’s solo directorial debut is an electrifying and utterly gratifying coming-of-age story about an awkward teen yearning to escape her hometown."
Lady Bird opens in theaters on November 10.


"Two disaffected teenage girls, each with their own troubles bubbling under the surface, plot a carefully constructed murder in this delectably stylish, energetic, and taut thriller."
Thoroughbreds opens in US theaters March 2018.