Mind on Movies is very excited to announce that we are working with Fathom Events to giveaway passes to the new film RESIDENT EVIL: VENDETTA at select locations on June 19th, 2017. Select Cities Below 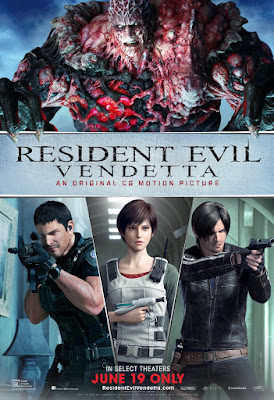