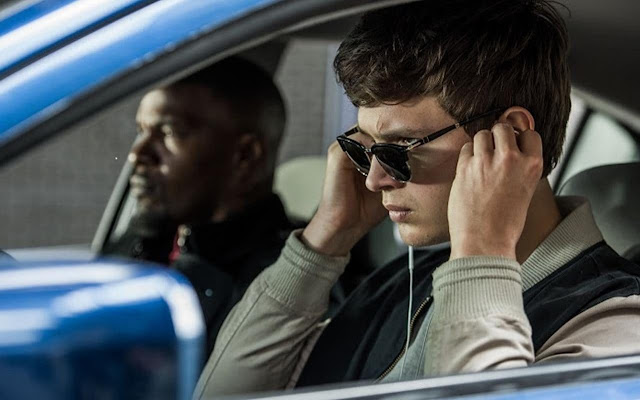 Stunt driving and shootouts make Baby Driver an almost guaranteed summer blockbuster, but we still must wonder if it will be enough to drive people to the theaters. With a cheesy, ambiguous marketing campaign, it was difficult to set expectations for the film. But despite having a lot that could have gone wrong, Baby Driver expertly swerves itself into the winning position to become a longtime classic. An aloof daydreamer with a remarkable skill in stealing and stunt driving cars finds himself at the center of a high-stakes crime ring in Baby Driver. A getaway driver in a series of armed robberies, the main character who goes by the moniker “Baby” finds the stakes getting consistently higher with each heist. Yet we quickly realize that Baby isn’t in it for the money – always lost in his ipod’s music, Baby is mostly looking for a way out of crime and into a normal life. When he meets the woman of his dreams, he decides it’s time to escape, but fate seems to have different plans for him.

With trailers that make the movie seem cheap, and the premise and genre having the potential for an easy cash grab, Baby Driver instead zooms its way past its competition to truly set itself apart from the pack. Baby Driver is set to be a surprise hit and a future classic. That being said, the plot isn’t terribly novel nor is it all that unexpected. In the same vein, it avoids any plot twists and it sadly has a somewhat rushed ending.

Yet what Baby Driver lacks in ingenuity, it makes up for in execution. I still have all the featured classic songs stuck in my head thanks to a phenomenal soundtrack that elevated the film and gave it a unique charm. Every getaway is perfectly mirrored by each song and makes all the action more fun and exciting. The driving and the action avoids being overly cliched and is truly thrilling. Instead of focusing on fast, fancy cars with little to no stakes in every “race”, Baby Driver instead focuses on normal cars doing impossible stunts driving through the streets as the heisters try to evade the police. It also never lets you feel safe. With an insane and unhinged criminal team going on each mission, it always feels like something could and is about to go seriously wrong. Baby Driver has real stakes and the entire movie is a giant adrenaline rush.

Yet what sets this film apart from any other action movie is that despite being an amazing action thriller on the surface, it offers more than meets the eye. It is a creative, heartwarming, and just fun journey. The way it incorporates its soundtrack almost makes it feel like a musical and the way that it has its characters interact make you really feel for and love them. Its band of criminals even make it resemble a comedy at points. Altogether, these elements truly come together to set Baby Driver apart. What could have been an easy cash grab is instead a truly unique and honestly fun movie that I found myself amazed by.

Baby Driver is a heist and driving movie fit for even those who do not like films in the genre. Its lighthearted, energetic, and tongue-in- cheek take will make this a movie that I will watch for years to come. Baby Driver is a unique, thrilling, and fun movie that is the surprise hit of the year.

Baby Driver follows young get away driver Baby, who has specific songs he uses during drives after having to use his escape skills as payment to his criminal boss. After multiple hei

The opening sequence of this movie entails a get away drive from the start. I knew I was in for a wild ride as Baby so carefree yet methodically used The Jon Spencer Blues Explosion's song Bellbottoms to get he and the crew away from the bank robbery they just committed.

From the start you can see that Baby is out of place in the crew that Doc (Kevin Spacey) puts together, especially because he always has music playing in his ears. When they showed the back story of why music is so important to Baby, it was easy to root for him to leave the lifestyle mixed with his quiet and vulnerable charm.

When Baby meets his love interest Debora it becomes clear that Baby wants to leave the lifestyle too. I wish the movie included more on her backstory because although the actress did a good job with what she was given, it was like half a character was given.

That being said the supporting characters did great as well with big names like Jamie Foxx playing a career thief named Bats from being crazy, Jon Hamm playing a former Wall Street business man who ran off with his fraudulent money and his favorite stripper and Kevin Spacey playing Doc who is the menacing leader yet strangely paternal to Baby.

The best way to describe Baby Driver is a musical action film which is something I've never seen done before. There are several twists and turns that will have you captivated and the driving scenes are filled with action and so well executed. The music that comes with these scenes with have your heart beating along to the music and the selection covers just about every genre.

Although the plot starts to go all over the place toward the end, Baby Driver is definitely worth watching because overall it is fresh because of the genre it feels like it created. It feels like you're watching a dream that quickly switches to reality and will leave you wanting more.