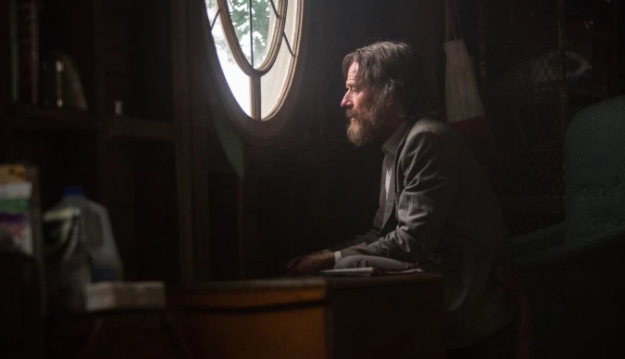 
So if you haven't heard of this movie, which I'm sure you haven't, it's noted that you take a second to look up the trailer for the movie. Watching the trailer makes you want to go out and watch the movie. It leaves just enough for you to get upset and curious to find out what happens. Well let me tell you, don't fall for the trailer, You don't need to see this movie unless you want to get even more mad with how it turns out.

So Ill start off by telling you that this movie does star Bryan Cranston, who we already know is a great actor, and pair him with Jennifer Garner as the wife, and you're thinking yeah, this movie is going to be good. But you'll need to rethink this. The movie is narrated heavily by Bryan Cranston, so if you want to hear an old man ramble on for almost two hours then this movie is for you.

I think you're not getting what I'm saying. This movie is pretty much just a two hour talking fest for Bryan Cranston. He's living in the attic, so he's alone for the whole movie, and he mouths what he thinks everyone is saying we see. So, yea, this becomes something weird to watch and you're not even sure why he decided to start living in the attic anyways expect for the fact that he didn't want to work anymore.

This movie has a turning point half way through. You're sitting there watching and you start to wonder, what will happen if he goes back to his family. So you get interested and want to see it again. Then, the ending happens and you get disappointed again. Let's just say, to not spoil it much, The ending has one of those viewers choice things. You decide the ending yourself. Was it all real? Was it all fake? Does his family want him back? We don't know.

I think if you're still interested to watch this movie, I would wait until it's on one of those movie channels so you can watch it for free at home.

If you watch the movie, let me know what you think about that ending in the comments below.