Screening: I AM HEATH LEDGER - Nationwide

Mind on Movies is very excited to announce that we are working with Fathom Events to giveaway passes to the new film I AM HEATH LEDGER at select locations on May 3rd, 2017. Select Cities Below 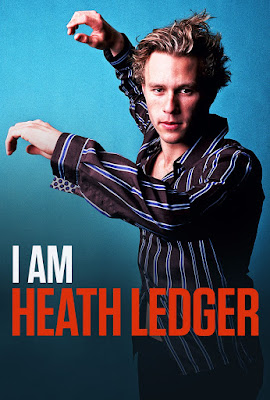 I Am Heath Ledger is a feature length documentary celebrating the life of Heath Ledger: actor, artist and icon. The documentary provides an intimate look at Heath Ledger through the lens of his own camera as he films and often performs in his own personal journey - extravagant in gesture and in action. It was his creative energy and unshakable willingness to take risks that instilled such an extraordinarily deep love and affection in the people that entered his life. Heath’s artistic nature and expression set him apart from the Hollywood mainstream, vaulted him to stardom and endeared him to the world. Following the documentary, the event will include an exclusive segment featuring interviews with Heath’s friends and family.


Disclaimer: NO PURCHASE NECESSARY. ONE ENTRY PER PERSON. Must be 13 years of age or older to win passes. Employees of all promotional partners and their agencies are not eligible. Void where prohibited. Winners will be contacted via e-mail to receive their e-pass. Sponsors not responsible for incomplete, lost, late or misdirected entries or for failure to receive entries due to transmission or technical failures of any kind.