Screening: THE FATE OF THE FURIOUS - Pittsburgh 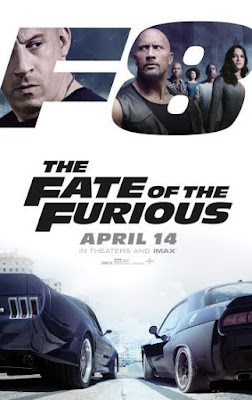 
Enter below to win!
a Rafflecopter giveaway
Disclaimer: NO PURCHASE NECESSARY. Limit one (1) admit-two e-pass per person. Must be 13 years of age or older to win passes. Employees of all promotional partners and their agencies are not eligible. Void where prohibited. Winners will be contacted via e-mail to receive their e-pass. Sponsors not responsible for incomplete, lost, late or misdirected entries or for failure to receive entries due to transmission or technical failures of any kind. SEATING IS LIMITED, SO ARRIVE EARLY. PASS DOES NOT GUARANTEE A SEAT AT THE SCREENING. Refer to screening pass for further restrictions. ONE ENTRY PER PERSON.
Posted: March 20, 2017
Labels: Past Screenings
Newer Post Older Post
Subscribe to: Post Comments (Atom)
New Reviews