Kong is back, and he is still KING! 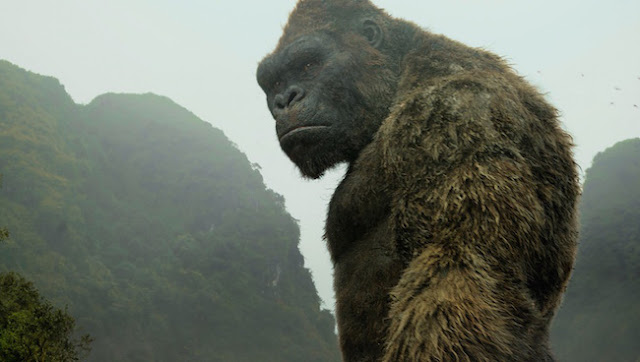 I can already tell what you're thinking, 'Do we really need another Kong movie?'
I get that. King Kong has been over played so many times, and no one can believe that a big monkey could fall in love with a women or vice versa. I wouldn't uncount this movie just yet.

If you saw Godzilla back in 2014, then you might be in the right mind set to see Kong: Skull Island. As action packed as Godzilla was, Kong: Skull Island is filled with so much more that you might not be wanting to leave any time during the movie in fair of missing something or FOMK, Fear of Missing Kong.

I'm sure by now you've already heard the cast line up for this movie but let me make sure I high light the big names, as they alone are enough to get you to the box office for Kong: Skull Island. The major names include Tom Hiddleston, Samuel L. Jackson, John C. Reilly, and John Goodman.

John C Reilly was the comic relief you need in this movie. With all the action stuff going on in the movie, it's best to have someone as funny as John C Reilly to lighten the audience up, so we can catch our breathe for the next action battle Kong must face.

The IMAX is something I wouldn't worry about. As it is a nice feature to have while watching this movie, there is so much action in the movie that it won't matter if it's in IMAX, 3D, or just with your regular eyes.

Stay till the end of the credits to see a special scene.