Watch the new movie Lost in London Live.
You can see Lost in London at select theaters on Thursday, January 19th.
Mind on Movies will be giving away tickets to winners for the theater that is closet to them. 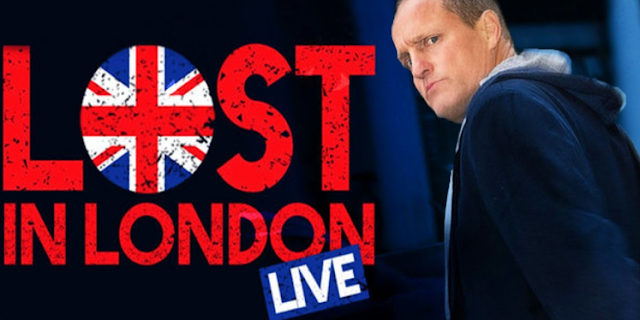 Loosely based on a crazy night full of real-life events, “Lost in London” follows Harrelson, playing himself, as he struggles to get home to his family. Run-ins with royalty, old friends and the law all seem to conspire to keep Harrelson from succeeding.

Following the feature presentation, Harrelson will participate in a live Q&A.