Another X Movie? Bring your popcorn. 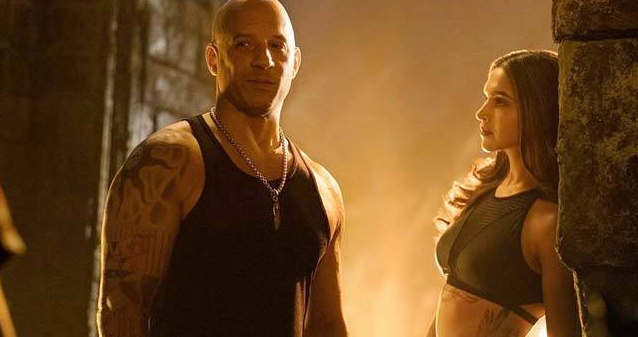 This film started with Xander Cage caught in the middle of action and kept up the pace from there. I really enjoyed the action and fight scenes mixed with the occasional explosion that all add up to a cliche action film. While the genre didn't disappoint, the plot was somewhat of a let down as it was basically the cookie cutter recipe for an action movie.

Even if you haven't seen the previous two films, you won't be lost with the characters because for the most part they are all new, with a few originals making their return as well. Also there were several funny scenes that was a refreshing against all of the action. I also liked that they included a mini biography in the form of a pop-up on screen about each character which usually made 2 out 3 of their bullet points funny.

If you like movies about "guns, girls and looking dope while doing it" then this is the movie for you.

Jane Marke (the leader after Agent Gibbons is involved in one of the satellite explosions) didn't make any real discernible facial expressions throughout the movie so it was hard to take her seriously when she switched to being a bad guy. It was almost too easy to figure it out in the beginning and I think the director should have told her to switch her facial expression even the slightest to really make the audience notice a change other than simply relying on dialogue.
_________________________________________
Posted: January 20, 2017
Labels: AshleyBell17, Reviews17
Newer Post Older Post
Subscribe to: Post Comments (Atom)
Subscribe to Mind on Movies for Movie Screenings and Giveaways.