Can a movie about Bodyguards really work? 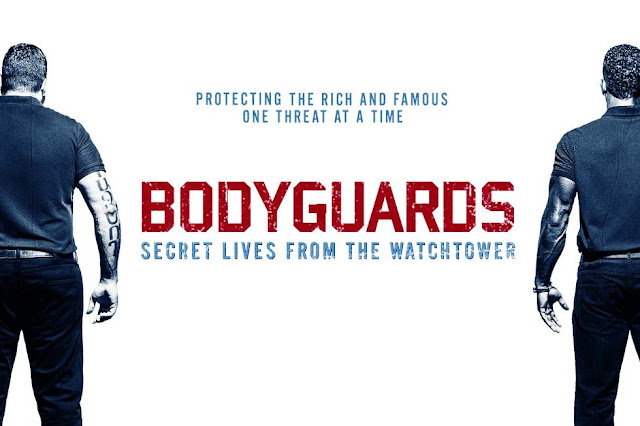 Bodyguards: Secret Lives from the Watchtower follows the lives and careers of five bodyguards ranging from protecting celebrities/entertainers to guarding the U.S. military. While these men are putting their lives on the line to keep their rich and powerful clients away from various dangers, the documentary shows more in depth of how much they are truly sacrificing.

I thought this documentary did a great job of showing what a bodyguard’s career entails. I really enjoyed how they let each of the bodyguards tell their story and how they got to were they were in their career. I got a good look into seeing how these men sacrifice not only their physical life but also their personal lives, including family, relationships, and “me time”, in order to guard their clients 24/7.

I also liked that the film didn’t focus on one sector of the types of bodyguards but instead included several such as entertainment, political, military and even criminal. That being said the bodyguards have different approaches and personalities to how to bodyguard so I became interested in a few stories that appealed to me more than others so I found myself tuning out.

The documentary does get a bit graphic as it does include the bodyguard of one of the most notorious American criminals, James “Whitey” Bulger, Jr. There are several photos of the victims of his crimes, which are not suitable for a weak stomach so just keep that in mind while watching.

I would recommend watching this documentary if you have some free time and have ever wondered what a bodyguard really does or the type of mentality they have to have to be successful in the industry.

I wish it had been an hour instead of an hour and 30 minutes. My mind started to drift off to other things as I was watching because the documentary started to include too many scenes of the bodyguards bonding with their bosses, especially the entertainment bodyguards, which I think could have been cut out to save time.
_________________________________________
Posted: December 02, 2016
Labels: AshleyBell16, Reviews16
Newer Post Older Post
Subscribe to: Post Comments (Atom)
Subscribe to Mind on Movies for Movie Screenings and Giveaways.