Enter to win a pair of passes to see Florence Foster Jenkins in Orlando! 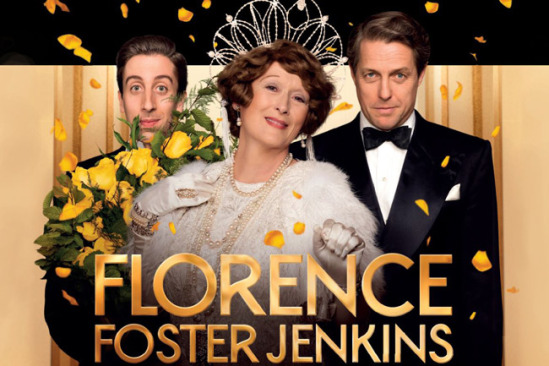 SYNOPSIS: Directed by Stephen Frears (Philomena, The Queen), Florence Foster Jenkins tells the inspirational true story of the eponymous New York heiress who obsessively pursued her dream of becoming a great singer. The film celebrates the human spirit, the power of music and the passion of amateurs everywhere. The voice Florence (Streep) heard in her head was divine, but to the rest of the world it was hilariously awful. At private recitals, her devoted husband and manager, St Clair Bayfield (Grant), managed to protect Florence from the truth. But when Florence decided to give her first public concert at New York’s Carnegie Hall, St Clair realized he had perhaps bitten off more than he could chew.


Disclaimer: Only one entry per person per giveaway. This contest is from Mind on Movies working with 20th Century Fox. The entries will be checked. You must do what it says on the widget option to enter to win.
Posted: August 04, 2016
Labels: Past Screenings
Newer Post Older Post
Subscribe to: Post Comments (Atom)
Subscribe to Mind on Movies for Movie Screenings and Giveaways.