Are Will Ferrell and Kevin Hart a good duo? 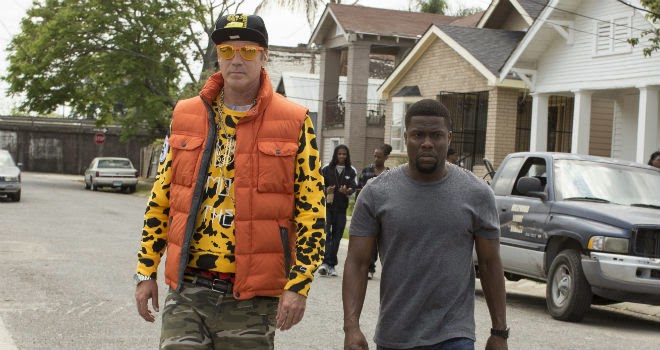 The answer to that is yes. After watching the new movie Get Hard, staring both Will Ferrell and Kevin Hart side by side, you will see a new side to Kevin Hart's comedy. Typically when Kevin Hart is in a movie, his comedy is that of the other person who stars in the movie. In the case of Get Hard, it works perfectly. Will Ferrell has great comedy, and when you mix it with Kevin Hart, it is much better then you would think.

If you have seen at least one trailer then you know the movie is about Will Ferrell being a "Wall Street" crook who is going to jail who hires Kevin Hart to teach him how to survive in jail. Well that is what the movie is about, but other things happen in the movie, that you actually won't see in any trailer. This is one of those cases where not all the funny parts were in the trailers.

The movie does start off a little slow. Slow really is a must in the beginning, they are using this time to set up the film. If they went too fast, you might miss something. If you miss it, then you might not know what's going on later in the film.

Get Hard is produced by Gary Sanchez Productions, which we all know is owned and operated by Adam McKay and Will Ferrell. This means you know it will be good. The only thing they didn't do well was cameos. Sometimes a good cameo can add a lot of value to the movie. In Get Hard, there really wasn't any cameos.

If you want to see a funny movie this weekend, and you really want to laugh a good amount of the time during the movie, then go ahead and see Get Hard. I wouldn't recommend bringing any kid's with you, as they maybe scared for life at a certain bathroom scene. 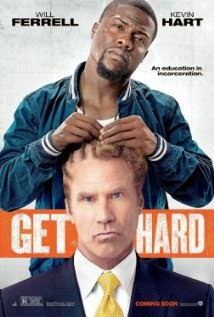 
Will Ferrell and Kevin Hart are great together. Who ever paired Will Ferrell with Kevin Hart is a genius. It was a smart move to get them both in it. The only problem is that after 20 minutes into the movie, you already know who set up Will Ferrell's character up. They should not have let us know that, although we will also know it's the boss who sets up the employees. They also needed to add a few cameos into the movie.