Enter to win the new Veronica Mars movie on DVD 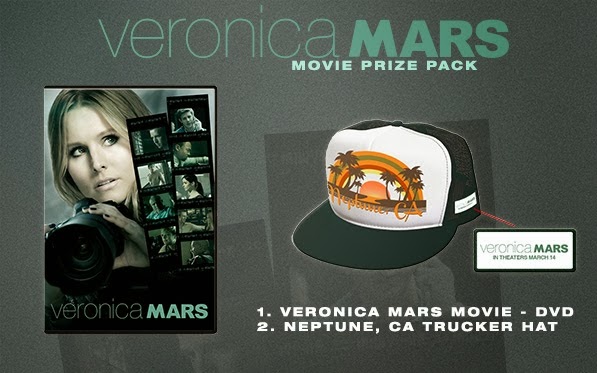 On the eve of graduating law school, Veronica Mars has put Neptune and her amateur sleuthing days behind her. While interviewing at high-end New York law firms, Veronica Mars gets a call from her ex-boyfriend Logan who has been accused of murder. Veronica heads back to Neptune just to help Logan find an attorney, but when things don't seem right with how Logan's case is perceived and handled, Veronica finds herself being pulled back into a life she thought she had left behind.
See it In Theaters MARCH 14
Pre-order on DIGITAL HD

Veronica Mars Giveaway
Disclaimers: Only one entry per mailing address per giveaway. The prize will be sent via FedEx or UPS. No P.O. Boxes please. This contest is from Mind on Movies working with Warner Bros. The entries will be checked via Rafflecopter. You must do what it says on the Rafflecopter option to enter to win.