Would you want to be a Miller? 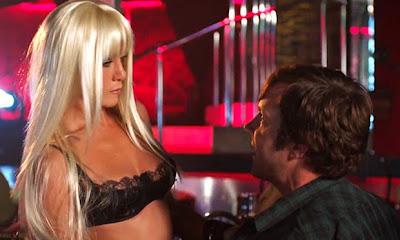 The Millers are a fake family, just together to make a quick buck. The laughter this movie will bring to you is not fake at all. There are so many funny scenes in the movie, it truly is non stop comedy. The concept of the movie is a little out there, and I doubt the government wouldn't check all the family RVs coming from Mexico. I'd also like to know how many families vacation to Mexico, it doesn't seem like many would do.

This movie has a large cast. Most of them have a background in comedy. Nick Offerman is one of those in the cast with a great background, and although it's not a long time he's in the movie, I'm glad he is. Nick Offerman adds a different kind of comedy all on his own. He is a man's version of comedy, he's great at it.

Make sure you stay untill after the credits. There is an outtakes scene. It is worth it to stay and watch it. 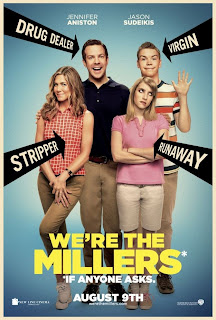 This movie did not need any changes in the comedy aspect. I would have added more scenes with Nick Offerman. You can never have enough Nick Offerman.  A little bit of this movie was predictable, which sometimes it's a good thing, which in was in this movie.