Breath of the Gods has your passes to see a free movie Tuesday August 27th in Bloomfield Hills. 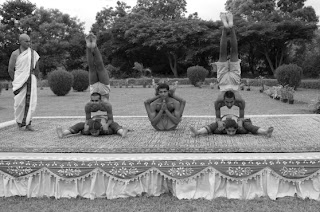 Breath of the Gods is about A Journey to the Origins of Modern Yoga. Yoga is known to go back to God Shiva, who perfected 8,4 million postures, according to Indian tradition. Far less known is the fact that yoga is at the same time an early 20th century-creation of Indian savant T. Krishnamacharya, which is what this film is about. Krishnamacharya's life and teachings are seen through the eyes of the director on his search for authentic yoga. His journey leads him from students and relatives of Krishnamacharya's such as the legendary teachers Iyengar and Pattabhi Jois to the source of modern yoga: the palace of the Maharaja of Mysore, where Krishnamacharya founded the first ever yoga school. A feature-length documentary including rare historical footage as well as lavish reenactments.

Breath of the Gods Screening Info 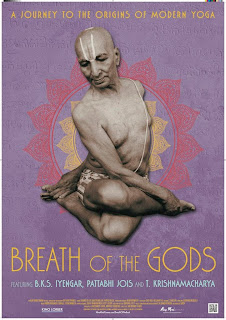 The free screening of Breath of the Gods will take place at The Maple Theater in Bloomfield Hills, MI at 7:30pm on Tuesday, August 27th.

Contest Rules: Only enter if you live in Michigan. Winners will be chosen at random and seating is on a 1st
come 1st serve basis. Please arrive early, but there is no need to arrive crazy early. Winners will be notified on Monday August 26th. Enjoy the film if you win.